Art Forces, founded in 2001, has completed more than 50 public art projects in the US, Palestine and Lebanon.Art Forces uses community public art and technology, including murals, websites, social and new media, to inspire critical thinking and action. Art Forces moves from the local to the global, from the streets of San Francisco Bay Area to Olympia Washington. to refugee camps of Palestine and Lebanon. The projects make visible histories and relationships that have been obliterated and forgotten; making connections to national and global issues of social justice, borders, precarity, migrations and decolonization.

Art Forces works in the intersection of trauma, memory, creativity, resilience, and resistance, making visible the connections between struggles for social justice globally and histories that have been obliterated or forgotten. The project aims to engage the public on multiple levels to create potential spaces for critical thinking and action that advances progressive social change. Art Forces works across movements- using culture to create alliances as well as perceptual ‘ruptures’ or ‘disturbances’ wherein people have the opportunity to see connections that they had not seen before, and to imagine new possibilities. Art Forces works in partnership with a wide range of organizations, from mental health programs in Gaza, to environmental organizations, to organizations providing material aid, to those organizing non-violent resistance. Our ultimate goal is to use culture as an organizing tool to bring people together across movements. Our cultural products are then used by activists and organizers in their work to touch and move people. 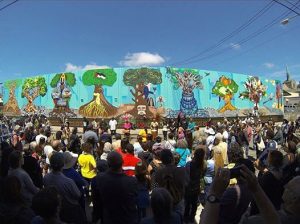 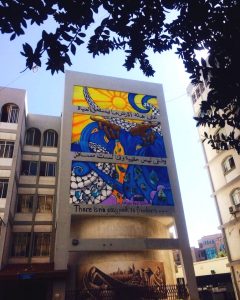